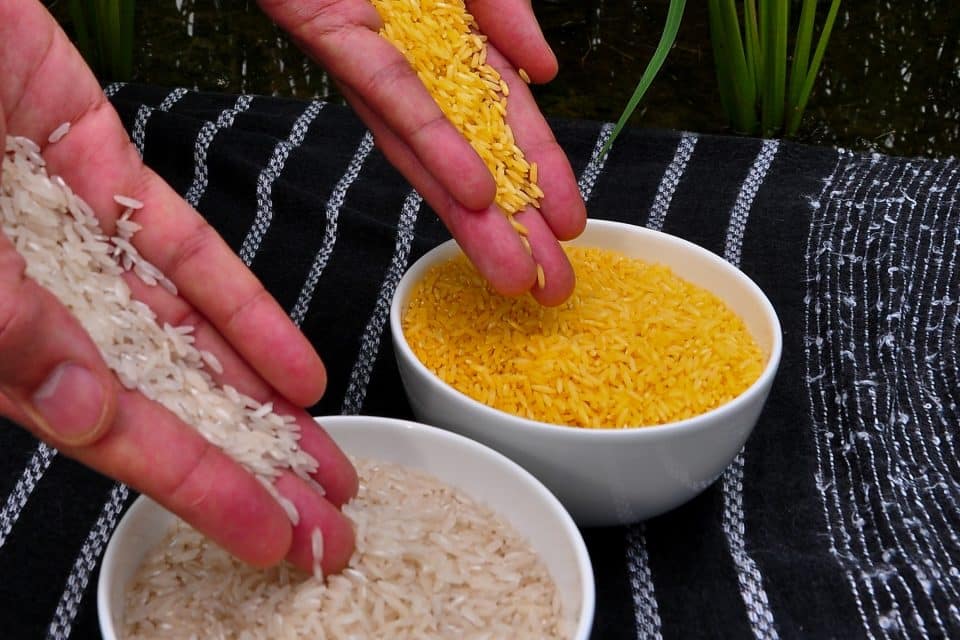 Golden rice is a crop that has been in development in one way or another since 1984. The crop itself is named after the golden yellow color it has, which contrasts greatly with the normal white color of rice. The signature trait of golden rice is that it is infused with beta-carotene, an extremely important nutrient that is the source of Vitamin A. It is the addition of that nutrient that also gives the rice its distinctive color.

According to the article “In A Grain of Golden Rice, A World of Controversy Over GMO Foods” on NPR, the idea for golden rice came about from a group of master plant breeders talking after a Rockefeller Foundation funded meeting at the International Rice Institute. Peter Jennings, who had helped to orchestrate the Green Revolution that had saved billions, suggested that altering rice to include beta-carotene could vastly improve the lives of millions or even billions itself.

The reason for this was simple. In many poorer and less developed countries in the east, most children grow up on rice from a young age. Because rice lacks the ability to give meaningful amounts of Vitamin A, children tend to grow up malnourished and suffer from that lack for their whole lives. Because parents in many of those countries wean their children on rice gruel predominantly, it would be imperative to have some way of introducing the absolutely important vitamin into the diet of the less wealthy masses.

One of the hurdles that must be overcome in selling the long developed idea of golden rice to people in both the developed and developing world is to overcome the stigma of the odd coloration. While gold is not a color that is generally looked at with disdain, it still triggers the parts of our brain that warn us about off coloration of food. Those parts of the brain were evolved to protect us from spoiled food and edible items that may have been poisonous, and they also allowed us to notice the natural warning colors that dissuaded us from trying to touch harmful plants or animals. But now it is serving to scare people away from trying the healthier rice for their benefit.

On the goldenrice.org website under the heading “Sociocultural Issues”, the team behind golden rice points out that early in their inception carrots were actually white or purple. They state that while they understand why people may be hesitant to try their golden rice out of tradition for using only their specific kinds of grains, they hope that the curiosity of people in places ranging from Africa to Latin America to Asia will have them try out their golden rice.

Back on the NPR article, the writer states that while golden rice has taken decades to cultivate and turn into a viable product, the developers have gotten close to the release of the rice and were working on passing rigorous testing standards and accompanying legislation so that they could plant in countries like the Philippines and Bangladesh. Being that the rice was designed so that very low income people would have access to the nutrient it provided, it was important to make the most headway in those locations. Even with their positive goals, though, the comments were ripe with anti-gmo sentiments, and illustrated how even with the best intentions it would still be hard to get the passage approved to where the rice could do the most good- in some of the most tradition focused areas on earth. However, there was hope that all the effort that has gone into the rice would pay off for those in need.